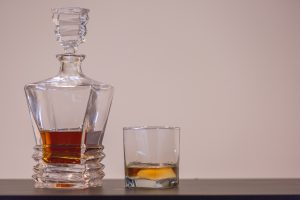 A happy Friday to all you Glen Summit fans out there, and welcome to our latest edition of Fun Fact Friday!  Come join us today, as we give you a fun fact that some whiskey fanatics may call blasphemy: scotch tastes better with water.

Like a fine tea or wine, there is always a process to drinking good scotch.  You sip, but not gulp, and you gently swirl it around in the glass, but never slosh it around carelessly.  In addition, there is some debate to pouring it over the rocks or leaving it straight, for many argue that one releases better flavor than the other.  However, the science community says neither works, as a simple splash of water is the best way to get the flavors to come out.

To explain this phenomenon, it’s first important to look at the main three substances that make up a scotch: water, ethanol, and guaiacol.  The latter is the molecule that causes a scotch to have such rich, smoky flavors, but the problem is that they love to bond with ethanol molecules, which makes it difficult for them to release flavors on their own.  That’s why you should swirl the scotch before drinkings, so you can break up those bonds and allow the guaiacol to release the flavors.  Now, while this works pretty well, adding a splash of spring water works better, because it forces the guaiacol to break it bonds with ethanol (since it likes water better than guaiacol) causing more aromatic flavors to be released, translating to a better tasting scotch for you.  But, a little bit goes a long way; too much water and your scotch will have gone to waste.

So the next time you choose to unwind with a glass of scotch, try this method out for yourself, and see just how much Glen Summit spring water can make your life better.

Give us a call today to order your first case! 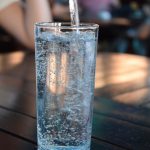 Water: What Your Teeth Need 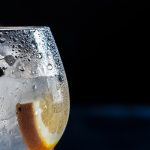