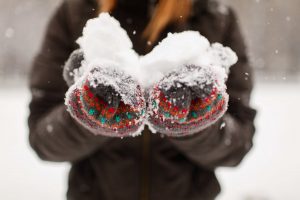 The recent snowfall in our region has many wondering one simple question: Is it good to eat snow?  While you may get a different answer depending on who you ask, we would like to set the record straight today on the ins and outs of eating snow.

Snow, as we all know, is frozen water.  This water is frozen up in the atmosphere, which actually separates some of the impurities that regular rain water can have.  As the snow drifts down to the Earth, it can pick up some dust and dirt particles, but nothing too extensive as to destroy its drinking potential.  With that being said, it is safe to eat snow—whether it be for a refreshing mouthful of cold water or to make snow ice cream, out of—but there are a few caveats with it.

The snow on the ground is nothing more than distilled water—which is some of the purest next to spring water—but there are some instances where you should not eat snow.  One of the obvious and more infamous reasons has to do with the color of the snow itself.  As the saying goes, “Don’t eat the yellow snow.”  Now, this adage also applied to all the different hues under the sun.  If the snow if anything but white, do not take the risk and eat it.  In addition, the other time where you should not eat snow is if you are in a survival situation.  Snow is a good source of water, but eating too much will lower your body temperature, which can spell disaster if out in the woods on your own.  However, in all other instances, snow is perfectly good to eat!

We will add, however, that some of the freshest snow can be found in the layer between the snow touching the ground and the snow on top.  This middle layer is likely extremely pure, and will make for some of the greatest water you can get.

While you cannot eat the snow all year round, be sure to keep these tips in the back of your pocket for the next time we get a Mid-Atlantic snowfall! 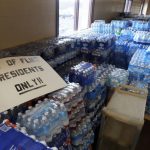 Flint: A Year After 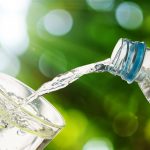